As OEMs aim to make their vehicles safer, and push their tier one and even tier two suppliers to provide more reliable parts, testing becomes crucial to ensure occupants are safe. There are several aspects of testing standards such as the 49 CRF 571.208 which provide data for this research.

Parts S19 and S20 of the 49 CFR 571.208 standard, for example, target safety concerns with infants, children, and 5th percentile adult female occupants regarding injury from safety mechanisms such as air bag deployment. Tests are required to be performed at multiple seating configurations, so no matter which configuration, an occupant is detected and safe.

With new vehicles requiring a suppression feature to protect against this risk, J.A. King can provide testing for seat airbag sensor technology to determine the functionality of such equipment.

For more information about J.A. King’s occupancy detection testing services click on the button below to learn more or schedule a test today. 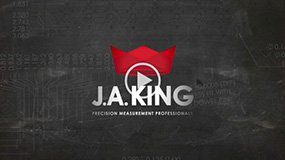